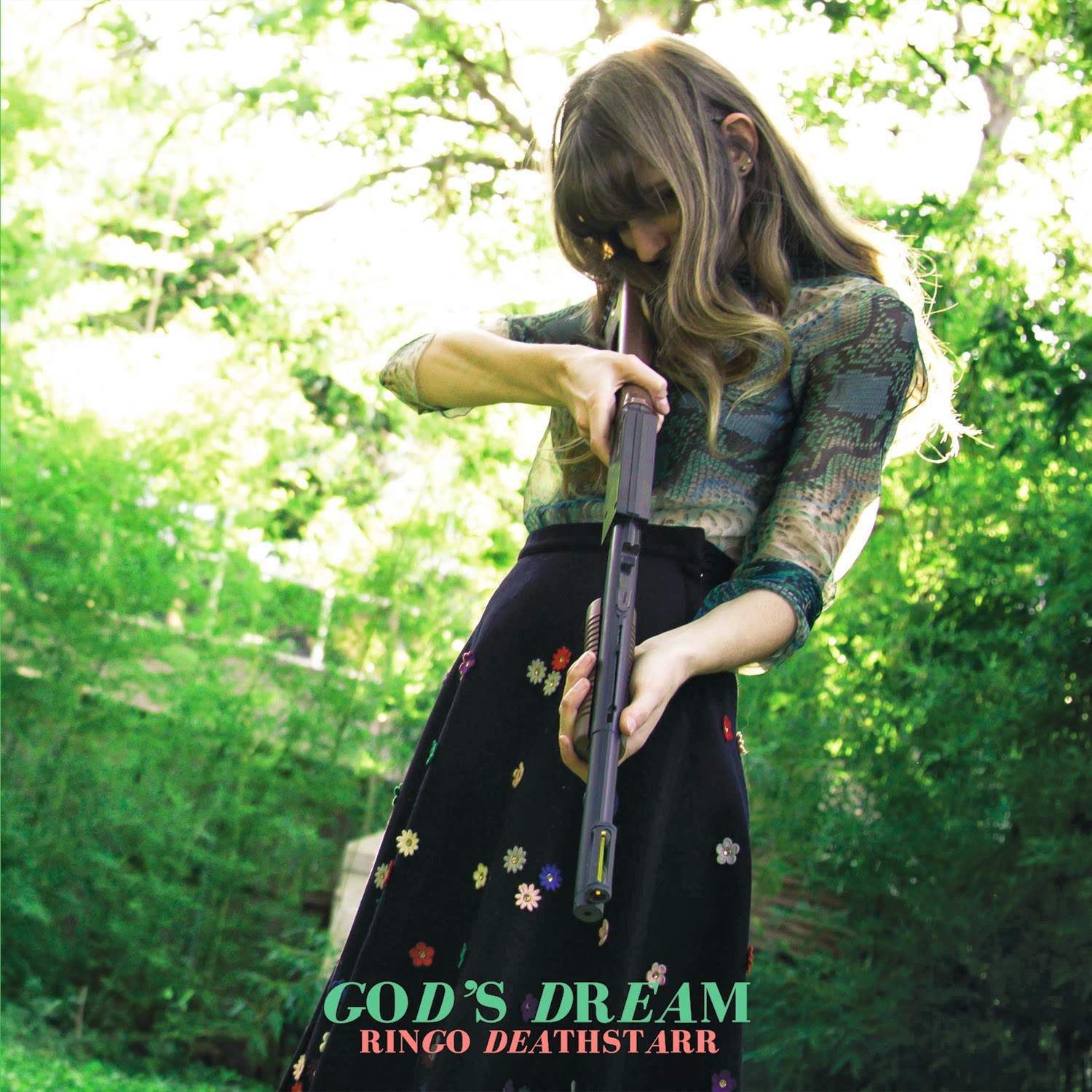 As this is my first album review, I was forced to ask myself how I was going to make my largely unknown music blog worth reading.

I decided that if I'm going to find new readers, a smart thing to do would to write a review on an album that seems to lack quality reviews, and an album that does not even have many reviews to begin with, allowing my small blog to be easier to find.

After some Google searching, it seems that the album I am about to review does not have any reviews that are more than just a play by play for the songs albums using a flurry of flowery words or mostly a reflection on the band's influences. With a band like Ringo Deathstarr, I can see how it would be difficult to not constantly mention possible and obvious influences, but I believe that they are worth much more than that.

A side note: when I review albums, my first couple paragraphs will explain my perception of the album and the band's context, so I will discuss the band's influences, and the music scene they are in, among other things. However, I will take care to make sure most of the review focuses on the album itself.

Hence, I would like to present to you my blog's first album review, a review of Ringo Deathstarr's "God's Dream".

When it comes to certain genres of music, there are one or two bands that have set the golden standard in the genre of music, creating ground breaking music that would define its own genre and create the bench mark for all artists that would create their own music under said genre. Such artists would include Daft Punk for French House, Skrillex for Brostep, Nine Inch Nails for Industrial Rock, Nirvana for Grunge, and of course, My Bloody Valentine for Shoegaze.

Now, in the wake of these trailblazing artists there often appears some other artists who have created their own original and high quality music in their own rights under a given genre, but have so closely followed the footsteps of the bands that defined the genre earlier that their influence on them is immediately detectable, and thus I often call such bands the "silver to band x's gold".

For example, Justice is the silver to Daft Punk's  French House gold standard, Pearl Jam to Nirvana, Stars to Arcade Fire, and of course, Ringo Deathstarr to My Bloody Valentine.

While all the bands above produce amazing music, the unfortunate side effect of following so close behind another's footsteps is that in many reviews and conversations about such "silver standard" artists, is that they will very often talk more about the band's influences rather than the band itself, and if Youtube comments are any sign of this, comments on Ringo Deathstarr videos are really more about My Bloody Valentine than Ringo Deathstarr.

Now, we can't blame these listeners for pointing out these admittedly superficial stylistic similarities between the two bands.

Ringo Deathstarr undeniably borrows many aspects of My Bloody Valentine's music, with hushed and obscured vocals, oceanic guitar sounds, and Kevin Shield's highly distinctive use of his "glide guitar" technique.

Ringo Deathstarr's mostly underground career, like My Bloody Valentine, has also gone through changes in increments towards their current sound. Ringo Deathstarr's earlier albums featured a twee post-punk shoegaze sound, which, as much as I'd like to stop talking about it, smacked of My Bloody Valentine's earliest EP's before arriving at the eventual shoegaze sound they became so distinguished for.

However, in God's Dream, Ringo Deathstarr has delivered an album that injects the band's influences into their own, original style, rather than the other way around.

God's Dream features production that does not betray the band's independent and noncommercial character, yet sounds like an album bursting with ideas spawned from a healthy amount of talent, despite their underground status, and not in spite of it.

The album begins in a similar vein to the Silversun Pickup's "Carnavas"; with an immediate wall of guitar, and a mid-tempo kick-heavy drum line immediately punching through the layers of sound.

"Chainsaw Morning" for me best demonstrates Ringo Deathstarr's original style, with an arpeggiating synth that will drone throughout the rest of the song, and a triumphant and blazing chorus that immediately reverts back to the reserved verse, which calls to mind none other than the Pixies.

Another such track is "Nowhere", which starts with a low, howling guitar layer peppered with a deep, jungle beat underlined with hissing vocals that open up into a chorus, where the high and quiet "ooh"-ing actually seems to serve as a mini guitar solo. Instead of a second chorus, the song transitions into a frantic coda, with a tense guitar drone line that very effectively builds tension and then breaks it down.

The album finishes with the hypnotic "Convertible", which, with its drum machine clap opening, dance beat, and meteoric guitar parts, call to mind another album finisher; "Soon", by My Bloody Valentine (I know, I know).

In the end, with "God's Dream", Ringo Deathstarr has been able to mostly escaped the staggering My Bloody Valentine comparisons that have plagued but unfortunately (or characteristically, depending on your opinion) defined this band.

However, with this album Ringo Deathstarr has also struck a strange no man's land between dream pop and the more aggressive shoegaze, with instrumentation and vocals that could either go either way. Despite the two genre's similarities, the way they are implemented in this LP is in a way that cancels out the best parts of each other, leaving a part of me drifting away into the beautiful walls of sound the band sculpts, and the other part of me nailed to full alert with sudden loud guitar riffs and solos.

Despite the many merits of "God's Dream", at the end of the 34 minute experience, I'm left both unsatisfied or hungering for more

However, I always take the context of a band's situation into consideration when forming my opinions about them, and Ringo Deathstarr is undoubtedly a rather obscure band, with a small following that seems to exist mostly on the Internet.

Now, when one is in an underground band, are they allowed to create imperfect music, with few but crippling mistakes?

The answer is yes... yes of course they are.

With that said, I give Ringo Deathstarr's "God's Dream" a solid